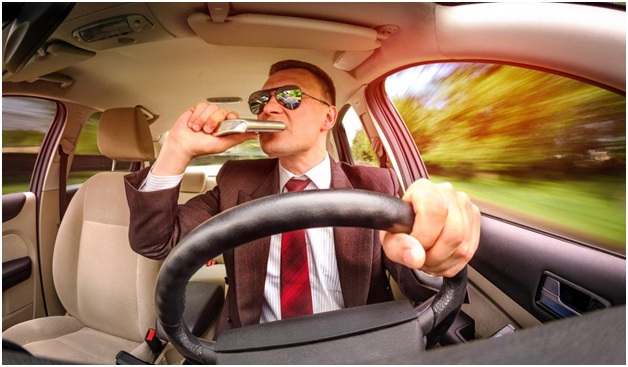 Drunk driving is not just ethically wrong and unsafe, but is also illegal if your blood alcohol levels are equal to or above 0.08 percent. Despite state regulations and laws against impaired driving, its prevalence has not ceased.
According to research by the National Highway Traffic Safety Administration (NHTSA), almost 1.5 million impaired drivers are arrested every year in the United States. This means that one in every 121 drivers goes to jail for drunk driving. Another report reported 9,967 deaths due to alcohol-related accidents in the year 2014, and the numbers keep increasing each year.
So before you get behind the wheel after having a few drinks, here are 3 reasons why drunk driving is never alright.

It Increases the Time You Take to React

You may feel fine and capable of driving, but research has proven that alcohol consumption significantly decreases your ability to react and judge oncoming traffic. Driving may seem like an easy task, but there are situations where active judgment and a split-second reaction time can save you from a life-threatening accident.

You Could Get Arrested

There are times when you could get away with drunk driving, but luck is not always on your side. If the traffic police stop you while you’re impaired, the chances are that you’ll probably end up in jail. Furthermore, if you harm property or a person while you’re drunk driving, your stay in jail will be extended.

You’re Putting Others in Danger

It’s not just you on the roads; there are vehicles and people all over. If your vehicle gets out of control, it could be catastrophic. Even if you don’t intend to, you may end up hurting someone, or even worse—killing them.
When the alcohol wears off, you’ll realize the gravity of your crime, and you won’t find it in your heart to forgive yourself. According to a report, among the 11,773 accidental deaths caused due to impaired driving, 216 were merely children who were 14 years of age or younger.
Be a responsible citizen! If you plan to party on a Friday night and get drunk, hire a Texas Yellow & Checker Taxi to drive you back home. We are a licensed and reliable yellow cab service in Fort Worth that offers high-class taxi services in a number of locations. To book a ride or to learn more about our services, call now at 817-676-3702.