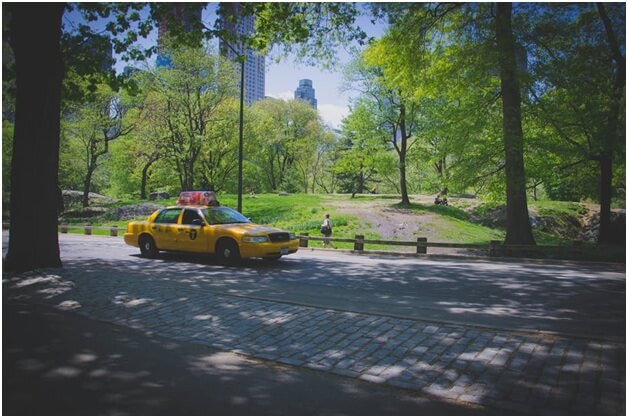 Everyone faces struggles of their own in their personal lives. We all put on a brave face every day and power through whatever life throws at us. Some days are bad and some are good, that’s out of our control.
Most of these feelings are momentary. Something or the other will trigger such a reaction or such emotions in you, be it an issue at work, a breakup, or financial difficulty. Sometimes all you need is to vent!
Have you ever experienced a venting session with a cabbie? You’ll be surprised at how refreshed you feel after.
Here are some of real-life stories of rides our cabbies at Texas Yellow & Checker Taxi have had.

I was assigned a ride this particular afternoon. When I reached the passenger, she was visibly upset and was shaking. She was waiting outside her workplace when I arrived. It was upsetting and frankly scary to see her like that.
I didn’t say anything to her. I didn’t want her to get more upset. With a shaky voice and tears in her eyes, she gave me her address. I began driving and decided to leave the radio on so that she wouldn’t have to hold back her tears and sniffles.
As we got closer to her address she asked me to take a longer route as she wasn’t prepared to get down. She asked me to take her anywhere, so without asking anything else I just kept on driving. I reassured her and asked if she wanted anything else.
That’s when she broke down and thanked me. I continued driving and asked her if she was comfortable in sharing her burden. She was so appreciative that I even asked. She chose to keep her problem to herself but continued crying for a while.
After driving for an additional 30 minutes, she asked to go home. She looked better and thanked me for being so accommodating. She made sure she asked my name and gave me a call the next day saying I saved her life. Till this day I haven’t forgotten that lady and how distraught she is. Sometime’s all you need is a welcoming person!”

“This one evening on a weekday I was assigned a ride in a busy area. When I got to the location, a guy wearing a grey suit and holding a laptop bag sat in. He looked really lost. Once he gave me his address I began driving him to his destination.
A few minutes into the ride I had a glimpse of his face and I immediately noticed how shaken up he looked. I asked him if everything was alright. After some hesitation, he shared that he just lost his job. The company he was working for was closing down its operations in Dallas and moving elsewhere.
He went on to tell me that he has a newborn baby girl and his wife is still recovering from the delivery. He went on to tell me the details of the financial turmoil they were going through.
It was so upsetting to know how badly he needed this job. All I told him was to hang in there and that things will get better. I didn’t paint a flowery picture, in fact, I urged him to begin looking for jobs that very moment! I also offered to give him all the details on becoming a cab driver.
Once the ride ended I didn’t take any cash from him. He was so surprised! I told him to save it up and be wise with the money he spends. He got out of the taxi and gave me a big bear hug with tears in his eyes.”
Texas Yellow & Checker Taxi has the best drivers in the business. We offer yellow cab services in Dallas, as well as airport transportation. Book a ride today at 817-676-3702.