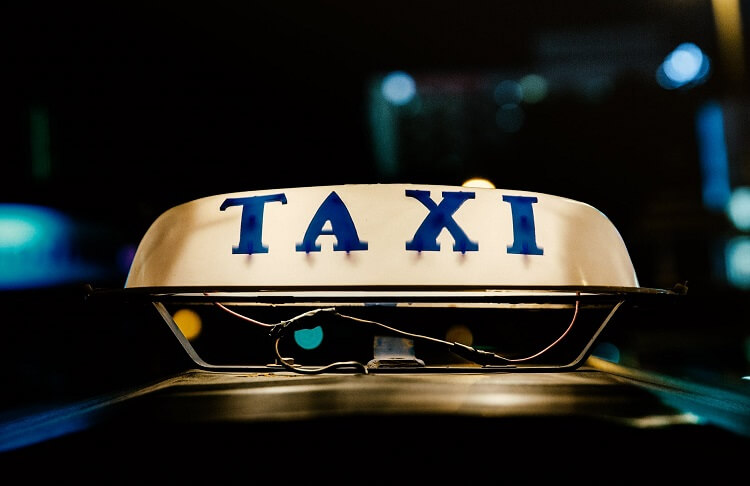 Taxis are a routine sight on roads everywhere in the US. Very few people can imagine commuting in the city without ever using a cab service, even if they own a car. The sheer convenience of waving your hand from the curb and having a taxi stop right where you are is unbeatable. Taxis are so popular, in fact, that anything yellow on the street instantly makes you think of them.
It may surprise you to know that cabs aren’t a contemporary invention. They date back so far that most modern cab users weren’t even born then!

Why Call It A Taxi

If you’re wondering what the etymology of the word taxi is, it was derived from the term taximeter. The taximeter was a measuring instrument that was used to calculate the distance covered and time elapsed during a ride. It was invented by Wilhelm Bruhn (1891). The invention allowed the easy gauging of the exact fare of a ride.

Taxi cabs were first seen in 17th century Europe, where then citizens used horse-drawn carriages as a means of transportation. People often traveled to and from big urban centers like Paris and London and needed convenient transport for the journey. However, it wasn’t a vehicle used by the masses. These carriages or cabs were reserved for the merchant-class, elites, or innkeepers.

During their inception period, cabs became highly-demanded because of the trend of joy rides. This was a Sunday routine where households hired a cab for a family outing. Even though horse-drawn carriages were all the rage during those days, cabs were beginning to appear on the streets.

Horse-pulled carriages evolved into faster vehicles known as hansom cabs by the mid-1800s. Joseph Hansom was the man behind this invention; it made commute faster by utilizing light-weight carriages that could be pulled by one horse. This upgrade helped passengers travel in high-traffic areas and city streets. Because of the speed and ease, hansom cabs soon became the go-to option for most individuals.
Wondering how taxis became so popular in the US? Anecdotal evidence tells us that the first-ever cab service in Chicago was founded by John D. Hertz, who owned the Taxi Cab Company. Hertz previously had considerable stakes in a used-car business. This was between 1907 and 1910, before he had started his own business.
From prior experience, Hertz knew that used cars were not a high profit margin business. So he introduced cabs that would charge for transporting citizens from one place to another. This was the starting point of a long-lasting cab trend that still prevails today.

With the invention of the automobile by Karl Benz in the 19th century, the quality of these vehicles vastly improved. Towards the very end of the century—in 1897—the first motor cab was introduced in the market. The news spread like wildfire and soon, every big city was replicating the automated cab models.
However, it was Henry N. Allen, a taxi driver, who covered his cab in yellow paint to make it more visible on the streets and get more rides. Little did he know that yellow would soon become an iconic color for cabs in the US.

Looking for a reliable cab service in the Fort Worth Area and its suburbs?

Texas Yellow & Checker Taxi is a reliable Yellow cab service in many areas of Texas including Dallas, Weatherford, Grand Prairie and adjacent areas. We’re a fully-licensed transport provider and offer convenient local taxi services near you. Contact us if you need a ride!